Business, Ethics, and Evolution: The Struggle between Our Higher and Lower Impulses

Business, Ethics, and Evolution: The Struggle between Our Higher and Lower Impulses
November 5, 2009

Business, Ethics, and Evolution: The Struggle between Our Higher and Lower Impulses

Some people were intrigued with how Bernard Madoff maintained his smile of contentment amidst the unraveling of his astonishingly successful business scheme.1  Madoff’s smile seemed to contradict what Charles Darwin had said about those who eventually confess their shady dealings.  According to Darwin, when wrongdoing is committed, then “conscience looks backwards and judges past actions,” inducing “regret” and “remorse.”2  He held that human beings have a moral sense, a conscience, which he believed is “the most noble of all the attributes of man.”3  The moral sense is the most important difference between “man and the lower animals.”4  For wrongdoers, conscience will prompt the feelings of “repentance, regret, or shame.”5

As was apparent at Madoff’s sentencing, Darwin was correct.  Madoff has lost his smile and now says he lives in a tormented state, knowing what he has done.6  He apparently does have a moral sense.  If so, then how could he perpetrate a crime that, in the words of Federal District Judge Denny Chin, is so “extraordinarily evil”?7 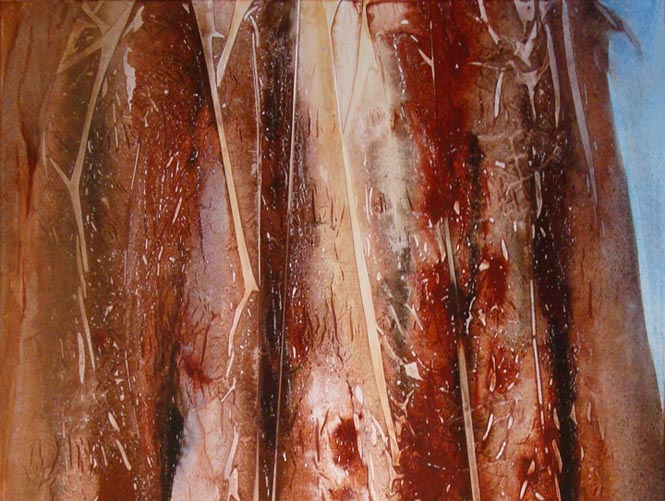 The concepts of moral sense, conscience, and social instincts are part of Darwin’s account of ethics, which he sketches out in his Descent of Man.8  Darwin believed that human nature, as crafted by natural selection over millions of years, has features that naturally lead human beings to what we would today regard as standard ethical concepts and principles—things like the golden rule, conscience, virtues, duties, love, and happiness.  Darwin’s evolutionary view of human beings, though admittedly quite unique among traditional moral theorists, does not lead him to an unfamiliar and eccentric view about the nature and content of ethics.  Darwin asserts that in the face of human biological evolution, we do not need to dispense with traditional ethics, or create ethics anew.

Even if there are reasonable ethical principles that people are aware of and that they ought to follow, though, Darwin acknowledges that there is no guarantee that people will actually follow them.  Evolution has created human beings with an array of interests; they are complex creatures.  With consciousness, human beings can define their interests in many ways.

In addition to social instincts, Darwin recognizes that human beings also have selfish instincts.  On the one hand Darwin observes that “the social instincts lead an animal to take pleasure in the society of its fellows, to feel a certain amount of sympathy with them, and to perform various services for them.”9  The social instincts “give the impulse to act for the good of the community.”10  On the other hand, though, among animals (including humans) he observes that there can be struggles between different instincts.  He describes, for instance, how the migratory instinct in birds sometimes conflicts with their maternal instinct.11  Relevant to human ethics, in human beings there is a social instinct, but there are also “strong, selfish desires.”12

In business dealings, depending on one’s position in society, selfish instincts and clouded judgment can lead to far-reaching negative consequences for large numbers of people.  This is why professionals have greater responsibility than most of us: their actions can cause a great deal of harm.  Yet, because of the large sums of money they perceive as within their grasp, they sometimes make poor ethical choices.  Darwin does not deny that rational agents make choices and that they are responsible for their actions and their habits.  Habit, he says, plays “a very important part in guiding the conduct of each member; for the social instincts and impulses, like all other instincts, would be greatly strengthened by habit.”13  In business, it is clear that the culture of one’s work environment has an enormous influence on one’s actions and habits, and thereby can affect one’s character.  This year about 20 % of the graduates from Harvard’s MBA program took an ethics oath, which, along with business ethics courses, is one of the many ethics fortifications for young business professionals.14  These graduates need as much psychological support as they can get to assist them in upholding ethical and legal standards when faced with moral dilemmas in the workplace.

Consider paradigm examples of unethical business professionals.  Do these individuals have ethical principles, as understood by Darwin?  Given their living, functioning, and interacting in society, it’s likely that they do have some ethical principles they abide by.  Their social instincts prompt them to want to live in society, and to do so, basic ethics are required.  To highlight that humans are social animals, Darwin notes that: “Solitary confinement is one of the severest punishments which can be inflicted.”15  Unethical business professionals, as social beings, in addition to instincts to preserve themselves, also have feelings of sympathy and love.  For whom do they have these feelings, though?  That seems to be part of the issue.

Given their unethical dealings, these individuals seem to restrict their feelings of sympathy to only their close family and friends.  In the field of business ethics, this is described as not considering the effects of one’s decision-making on all of the stakeholders involved, but only considering effects on a few select stakeholders.  The larger the business, the larger the number of stakeholders; therefore, ethically, these decision-makers have a greater degree of responsibility.

With an evolutionary view of human nature, though, does it make sense to ask these individuals to take all stakeholders into consideration?  Darwin admits that “Although man … has no special instincts to tell him how to aid his fellow-men, he still has the impulse, and with his improved intellectual faculties would naturally be much guided in this respect by reason and experience.  Instinctive sympathy would, also, cause him to value highly the approbation of his fellow-men.”16  If human beings have an impulse to consider others and to consider the effects their decisions have on others, it is not unreasonable to claim, ethically, that they ought to do so.  But the impulse can get snuffed out, of course, because of particular habits that have been developed.  Or, the impulse simply gets overridden by other selfish impulses.

Note the complexity of the human social impulse.  Darwin observes that humans have an instinctive sympathy that causes them to highly value the approval and admiration of their fellows.  An easy way to get people to hold you in high esteem is wealth.  When I buy extravagant products and services, I am giving my identity a boost—Madoff for instance, was known to have a luxurious lifestyle.17  Thus, my impulse to gain approval of others by having them think highly of me may manifest itself in the desire to command much wealth.

Unethical business professionals may be ethical in most of their day to day affairs, with their family and friends, and with people they interact with on a routine basis.  (Madoff, for example, probably pled guilty to shield his family).  But when an opportunity presents itself in the workplace, they may use their cleverness to design a scheme in which they will unfairly receive more than they rightfully deserve, either through fraud, or deception, for instance.

With respect to Madoff’s smile, consider what Darwin says of an unethical person: “If he has no such sympathy, and if his desires leading to bad actions are at the same time strong, and when recalled are not overmastered by the persistent social instincts, then he is essentially a bad man.”18  For individuals like this, Darwin says “the sole restraining motive left is the fear of punishment, and the conviction that in the long run it would be best for his own selfish interests to regard the good of others rather than this own.”19  This line of reasoning is usually convincing to students of business ethics who, initially, view ‘business ethics’ as an oxymoron, but who come to see its at least minimal importance for safely achieving one’s selfish interests.  Just in case there are white collar criminals who do not have a moral sense—whose sole restraining motive is the fear of punishment—Madoff’s 150 year jail sentence should send them a signal.20

Kenneth Lay wouldn’t admit to wrongdoing and publicly blamed ENRON’s chief financial officer, Andrew Fastow, for what happened at ENRON.21  Perhaps Lay, who died of a seemingly stress-related heart attack while awaiting sentencing, was deep down experiencing regret and remorse, evidence of a moral sense.22

If Darwin is correct that there are individuals whose only “restraining motive left is the fear of punishment,” then this seems to have policy implications, since to receive punishment one first needs to be caught.  The notion that we need gatekeepers seems justified.  Oversight is needed.  Yet David G. Friehling, the accountant who certified that he had audited Madoff’s businesses, neglected his duties as gatekeeper, as did Arthur Andersen, ENRON’s accounting firm.23  Oversight of the overseers is needed as well.  The image here is not a vicious circle, but a chain link fence.

Human nature, as Darwin describes it, is many-sided and complex; yet his descriptions are basic and straightforward: “Of the various instincts and habits, some are much stronger than others, that is, some either give more pleasure in their performance and more distress in their prevention than others.”24  The many driving forces and motives of human nature can actually conflict with one another: “As a struggle may sometimes be seen going on between the various instincts of the lower animals, it is not surprising that there should be a struggle in man between his social instincts, with their derived virtues, and his lower, though at the moment, stronger impulses or desires.”25  Ultimately the choice of whether to be selfish and focus on one’s own survival or to act in the interest of the entire group, lies with the individual.

Today, as we seek to understand ethics against the backdrop of an evolutionary perspective on human beings, it is helpful and interesting to consider Darwin’s own claims on the issue.  Ethics and human nature are distinct, to be sure; yet, theories of ethics, like Darwin’s moral sense theory, always come with an attendant view of human nature.  Evolutionary thought can help us understand human behavior; but on its own, evolutionary theory doesn’t provide an ethics; it cannot tell us what we should do.

When it comes to ethics, Darwin is rather optimistic.  “Looking to future generations,” he writes, “there is no cause to fear that the social instincts will grow weaker, and we may expect that virtuous habits will grow stronger, becoming perhaps fixed by inheritance.  In this case the struggle between our higher and lower impulses will be less severe and virtue will be triumphant.”26

Rashbaum, William K. and Diana B. Henriques. 2009. “Accountant for Madoff Is Arrested and Charged With Securities Fraud.” The New York Times, March 19, 2009.