How can we put social intelligence online? 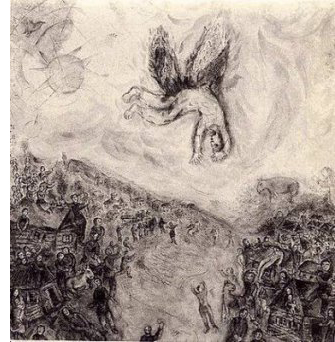 Poor Michael Brown. During the darkest days of the Hurricane Katrina debacle, Brown, then director of FEMA, the agency that so badly bungled the rescue efforts, sent this email: “Are you proud of me? Can I quit now? Can I go home?” His words—surely meant in jest—cast him in a very bad light when they were subjected to the scrutiny of Congress and the media.

Emails can come back to haunt us—any of us. Few among us have mastered this medium, and only slowly are we realizing its dangers.

From the earliest days of email, people “flamed,” sending off irritating or otherwise annoying messages. Psychologists have a technical name for flaming: the “online disinhibition effect,” which describes the many ways people behave with less restraint in cyberspace.

Psychologist John Suler has suggested that several psychological factors can cause online disinhibition: the anonymity and invisibility that the Web provides; the time lag between sending an email message and getting feedback; the exaggerated sense of self from being alone; and the lack of any online authority figure. Suler observes that disinhibition can be harmless, or even positive—such as when a shy person feels free to open up online—or it can be toxic.

It’s not just flaming. I’ve sent my fair share of emails that were, in retrospect, too familiar or too formal or otherwise wrong in tone—sometimes even downright embarrassing. Email invites these lapses in social intelligence partly because the social brain flies blind online. We lack the signals we get through face–to–face interaction, when the brain reads a continual flow of emotional signs and social cues, instantaneously using them to guide our next move.

At the same time, we often write and send email messages much faster than we would in traditional letter writing. So we find ourselves communicating at a speed that approaches spoken conversation, but without the cues that keep those conversations on the right emotional track.

Can we do anything to prevent or reduce these kinds of miscommunications? I recently posed this question to Clay Shirky, a professor of social computing at New York University and someone who has given this problem a lot of thought. Shirky emphasizes that, for starters, we shouldn’t make the mistake of seeing online communication as a replacement for face–to–face contact. “Social software is not better than face–to–face contact—it’s only better than nothing,” he says. “I think everyone has had the experience of emailing back and forth with someone—whether it’s a new friend or someone you meet online or someone in your business—then meeting that person in person. Afterwards, the email takes on a very different tone.”

Shirky also suggests ways to respond to “flamer” situations, especially where a flamer is a complete stranger who you’ll never meet in person. For instance, he notes that flaming is much more severe in online groups than it is in two–person exchanges. So users often find that they can defuse flamers by contacting them directly. “When you take them out of the social part of the conversation, where they’re performing in front of an audience, and address them as an individual, they become much less prone to name–calling and vituperation,” he says.

New software can also make a difference, says Shirky. He argues that if people can post even tiny digital images of themselves in an online discussion, that will dampen flaming and help people’s emotional intelligence emerge. “We’re so fantastically attuned to reading faces that [photos] give us more of a sense of who we’re dealing with,” he says. He also points to a simple piece of open source chat software called A Really Simple Chat. Not only can you type a message, but you can click on red, yellow, or green buttons. If you click the red button after someone says something, for example, a small red icon appears next to your name, meaning “I disagree”—thereby avoiding written rebuttals that can get mean–spirited or misinterpreted.

This all reminds me of a poster I once saw in New Haven public schools—part of a program that has lowered rates of violence there. The poster shows a stoplight, and it says that when students feel upset, they should remember that the red light means to stop, calm down, and think before they act. The yellow light prompts them to weigh different responses and their consequences. The green light encourages them to try the best response.

Nice idea. Until the day email comes in video form, giving us the face–to–face cues we need for socially intelligent communication, I may just paste one of those stoplights next to my monitor.