Gender and Religion in Our Century

Gender and Religion in Our Century

We donâ€™t need an opinion poll on the differentiation of gender: It happened. Too often, however, biological differences between the sexes have led to exaggeration, minimalization, and every kind of contradistinction. Religions, in particular, have supported and promoted gender inequalityâ€”by upholding patriarchal values, manifesting doctrinal views of the proper distance between females and males, and interpreting religious texts in such a way that they limit womenâ€™s freedom and rights. But such matters are now being intensely reconsidered, and women are fighting back. Perhaps nowhere is this more evident than in the stories of three heroines of resistance across a range of 7,000 miles in the Muslim world. 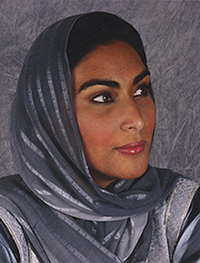 Nimah Nawwab of Saudi Arabia comes from a family of Meccan scholars. Her father encouraged her, his oldest child, in the writing of English, and she has become an accomplished poet. One of her early poems, from her 2004 book The Unfurling, remains her most dramatic statement against male guardianship in Saudi Arabia, where women have next to no legal status. They must obtain the signature of a male â€œguardianâ€ to be educated, to obtain surgery, or to travel outside the country. Against this systematic disempowerment, Nimah wrote a poem entitled â€œLife Imprisonment,â€ which concludes with these lines:

Better a wife to Henry the Eighth
Than be buried alive.

Backed by royalty and tribalized theology, Saudi maledom has institutionalized its powers to a point where the biological definition of woman implies her social evaporation. But Nimah, a wife and mother, has been an activist on several fronts against what an early poem calls the â€œdemonic dominanceâ€ of the Saudi male. For example, she recently led an international petition against a case of forced divorce, and she continues to call attention to the suppression of women. 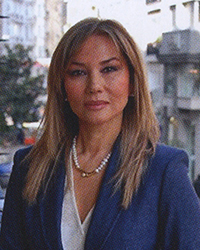 Vildan YirmibeÅŸoÇ§lu, a lawyer from Istanbul, was employed by a mayorâ€™s office in a Kurdish region of Turkey when she found a number of case records unresolved, suspended, or inexplicable. Deeply puzzled, she analyzed them, bringing to light that they were â€œhonor killingsâ€â€”the murders of women for having brought shame on their families through alleged misdeeds, noncompliant behavior, or merely suspect errancy. So-called â€œhonor killingsâ€ occur in a wide band of territory, running from West Asia through South Asia, in places where tribalism, patriarchy, poverty, and illiteracy converge. The phenomenon is not pan-Islamic, for it is uncommon or altogether unpracticed in Malaysia and Indonesia. In those countries, the family system is generally bilateral, and it values women more highly than a patrilineal system.

Vildanâ€™s systematic investigation of more than 300 cases focused national attention on these wrongs. Eventually, the movement in which she was a key actor brought about a parliamentary commission of investigation, and based on its report, a circular issued by the prime minister against the practice. Now Vildan, a divorced mother of two college-age daughters, has proceeded to a sophisticated follow-up. Having returned to Istanbul, where national legislation and media reporting have followed her lead, she has put her energies behind a new NGO for menâ€”those who need counseling, either for guilt over cooperating in an honor crime or for fear of committing one. 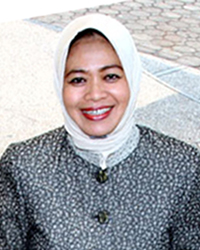 In the non-coordinated but deeply motivated gender struggle that exists within the Muslim world, my third heroic example is Siti Musdah Mulia of Indonesia, a wife and mother of three. The first Indonesian woman to obtain a doctorate in Islamic political thinking, she became director of religious research and social affairs at the Ministry of Religion. She addressed herself to updating the jumble of Shariah law which the dictator Suharto, after many years in power, arbitrarily decreed when he discovered the political value of being Muslim.

Siti Musdah wholly accepts the five pillars of Islamic behavior and its six principles of faith. As a modern woman, she asserts that, in contemporary life, Muslims may hold to their core of faith while appreciating righteousness in believers of other religions and interacting with them. Although conservative ulama succeeded in having her drafts annulled so that parliament would not consider them, these drafts stand as a blazed trail of modern conscience. She articulates the Turkish and Tunisian examples by which polygamy was made illegal, and she realistically accommodates interfaith marriage on the grounds that globalization makes it inevitable. From extensive scholarship versed in the principles of the Arab philosopher Al-Ghazali, she advances themes of gender equity and justice, human and minority rights, and pluralistic democracy. Thanks to this frontier female thinker, in the worldâ€™s most populous Muslim nation there is now a body of Islamic thought equal to the demands of our times.

The doctrinaire subordination of women, of course, is not confined to the Muslim world. In all religions, ways of constructing gender may continue with indefensible wrongs and unjustifiable inequities. One example is the recent attempt by the Vatican to repress the Leadership Conference of Women Religious, which represents 80 percent of American Catholic sisters, thereby thrusting Old Testament masculinism above the social gospel of the New Testament.

As disturbing as they are in their repression of women, Islam and Roman Catholicism are far from alone in retrograde tendencies. Certain slices of Orthodox Judaism, evangelical Protestantism, and Mormonism, for example, have yet to reflect the great 19th- and 20th-century advances in human rights, and in the rights of women. But church, synagogue, mosque, and temple all have great goodness to gain from the full participation of women. Nimah, Vildan, and Siti Musdah, as openly inquiring high achievers, radiate a potency far beyond their own faith.

Theodore Friend is the author of  Woman, Man, and God in Modern Islam. 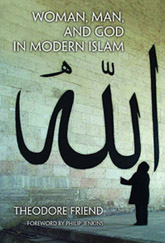