The Opportunities and Challenges of Teaching Big History

Join Metanexus in exploring the benefits of teaching Big History and the challenges of its implementation. We will share our vision for popularizing this emerging global perspective and invite you to join us in the conversation.

Big History is a single narrative account of the 13.7 billion-year history of our universe, the 4.5 billion-year evolution of our planet, the 6 million-year rise of our species, and the 10,000-year accelerating drama of human civilization. It is a handbook in global 21st century citizenship and a foundation for systemic improvement of our STEM education.

Tickets include admission to the event, a three course lunch, complimentary beverages, networking opportunities, and presentations from three leaders on the forefront of Big History: David Christian, Bob Bain, and William Grassie. 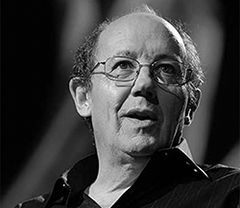 Originally a historian of Russia who wrote several books on that subject, including a history of vodka, David Christian has in recent years become interested in writing history, as he puts it, “on very large scales.” To this end, he has developed a World History course informally entitled “Big History” which tells the story of the universe – the entire universe, from the moment of the Big Bang 13 billion years ago to the present day.

Using this novel approach, Dr. Christian structures the course to reflect, roughly, the relatively minuscule role played by the human race in the Earth’s overall development: homo sapiens does not appear until more than midway through a 15-week semester. Dr. Christian’s book Maps of Time, published by the University of California Press, mirrors the content of the course.

Dr. Christian’s presentation of Big History was recently made into a 48 lecture course (30 minutes each) for The Teaching Company. Bill Gates presented David Christian at the TED 2011 Conference in Long Beach, CA. At that time, Dr. Christian announced his initiative, the Big History Project, to teach big history to secondary school students in Australia and the United States. He is currently serving as President of the International Big History Association. 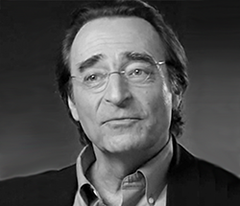 In his earlier career as a high school teacher, Bob Bain was a seven-time award winner for excellence in teaching. Now, he focuses on improving the preparation of future high school teachers and on ways to use museums as tools for understanding the past.

He earned his PhD from Case Western University with a special concentration in the history of policy toward youth. Before coming to the University of Michigan in 1998, Bain taught high school history and social studies for 26 years in the Cleveland, Ohio area. As a historian, history teacher, and teacher-educator, his research investigates the relationships among history as a disciplinary way of knowing, learning and teaching.

In 2000, Carnegie Foundation selected him as a Carnegie Scholar in the Carnegie Academy of Teaching and Learning and, recently, the Organization of American Historians chose him as one of its Distinguished Lecturers. Bain has received awards for teaching at both the high school and university levels, including the College Educator of the Year Award from the Michigan Council of Social Studies in both 2008 and 2011. Bob oversees all course design and delivery for the Big History Project. 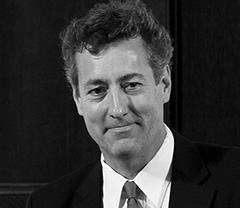 William Grassie is the founder and executive director of the Metanexus Institute and curator of One Day Universe. A teacher, independent scholar, activist, and impresario, Grassie studied political science at Middledury College and received a doctorate in religion from Temple University. He has taught in a variety of positions at Temple University, Swarthmore College, and the University of Pennsylvania. He has travelled widely and lived abroad in Jerusalem, West Berlin and most recently Kandy, Sri Lanka, where he served as a Senior Fulbright Fellow in the Department of Buddhist Studies at the University of Peradeniya.

A recipient of a number of academic awards and grants from the American Friends Service Committee, the Roothbert Fellowship and the John Templeton Foundation, Grassie is a regular contributor to www.metanexus.net and author of The New Sciences of Religion (2010), Politics by Other Means (2010), and Transhumanism and Its Critics (2011).

Tickets for the event are $200 per person — Registration Page

Please consider making an additional contribution to support the inaugural One Day Universe conference and subsidize faculty and students who otherwise might not be able to attend. Your contribution is fully tax-deductible.