Theism, Atheism and Non-Theism in Buddhism

Theism, Atheism and Non-Theism in Buddhism 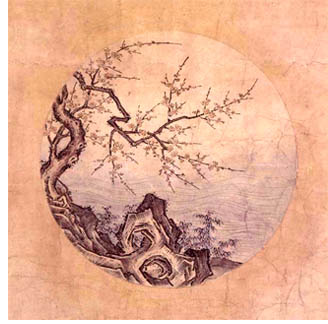 There are several opinions on the theistic status of Buddhism with the descriptions of Buddhism ranging from atheistic, non theistic to theistic. The fundamental philosophy of Buddhism seems to deny the concept of a personal God, although it is controversial whether Buddhism denies an impersonal form of God. Buddhist scholar Nyanaponika Thera1 suggested that conceptions of impersonal godhead such as world soul are excluded from Buddhism and this has been explained on teachings related to unsubstantiality or non-self. Despite this, Buddhism does provide an exposition on different higher and lower realms of existence even though the focus is on impermanence. That way Buddhism could be described as pantheism associated with all forms of existence. Considering a pantheist explanation, which is highly probable in Buddhist philosophy, Buddhism could be considered as theistic instead of atheistic. In a review article on the work of W.C. Smith, Robert Florida2 pointed out that Smith argued that Buddhists do believe in God. Smith of course, takes a broader view of what it means to be an atheist and suggests that an atheist has lost all hope and has no sense of justice, truth or beauty. Smith may have stretched the definition of atheism a bit too far, which should strictly mean, ‘no belief in God or no belief that God or gods exist’. Smith argues for a theistic basis of Buddhism considering the Buddhist concepts of nirvana and the concept of dharma as parallel to the Western concept of God or divinity3 .

Mahayana Buddhism went a bit further by accepting Buddha as the God and William James4 has pointed out that Buddha himself standing as God as accepted by some Buddhist followers suggests that Buddhism is atheistic5 . However this again is a problematic argument as accepting Buddha as God could mean that Buddhism is theistic and atheistic at the same time! Yet Mahayana Buddhism is a later version of Buddhism and the Theravada school still follows the teachings of Buddha in its essence6 . Some scholars have used the term ‘non-theistic’ to define Buddhism as atheism could mean a wider range of vices and theism is too focused on God and especially the concept of a personal God. In the West, the concept of God, largely framed by Christianity is a personal concept representing a super human being. This is largely against the spirit of Buddhism which emphasizes karma or an individual’s own actions. Divine control or providence, according to Buddhism can easily suggest that individuals are not responsible for their moral or ethical actions and this would be bad for moral development of human beings7 . Some scholars have suggested that God in Buddhism simply means enlightened beings or Buddhas rather than any other supreme being, so individuals are capable of gaining Buddhahood when they achieve true enlightenment and impart the knowledge to others. Buddhism through the ages has worshipped many such gradations of Buddha despite the fact that there is no belief of God in Buddhism. The focus is on personal karma, or one’s own actions rather than being overtly dependent on God, and also one’s efforts towards nirvana or enlightenment and the emphasis is also on jnana through meditative reflection and striving towards higher refinement of consciousness, salvation and deliverance 8. The main reason for which Buddha wanted to avoid God seems to be an emphasis on one’s own moral efforts and strife or aims towards moral and spiritual fulfillment. By eschewing the idea of God, individuals take more personal moral responsibility for their actions and thus Buddhism is about independence and attaining morality not by praying or dependence on divine providence but by one’s own efforts and actions. The ultimate goal is to attain salvation through constant efforts, morally correct behavior and meditation.

Buddhism and Advaita Vedanta may be completely different schools and one opposed the other vehemently with Buddha excluding all unsubtantiality from his discussion, yet they have at least something in common as both Advaita and Buddhism directed attention towards the individual and the individual is central or at the core of the moral philosophy of both the religions. Although Buddhism could be considered as more ‘politically correct’ and pragmatic that it kept away from all things that we don’t know about such as illusion or maya or world-soul etc, Advaita provided a more comprehensive explanation of God as present in the individual, an emphasis again common in both the philosophical positions. The moral strength of the individual is important in both the systems and also a pantheistic approach to the question of God, with God as also found in humanity and the individual is present in both the religions. Thus both Buddhism and Advaita are individualistic philosophies, almost comparable to an individualistic psychology9 where the focus is on what level of spiritual progress an individual can attain through his personal efforts. Yet Buddhism and Advaita Vedanta have basic differences as Buddhism is pluralistic and Advaita is monistic. According to Advaita everything is the Brahman which is non dualistic and consciousness encompassing the entire universe. In Buddhism, the subjective-objective divide is blurred and the identity of the self remains undefined and merely represented by the senses. Yet Advaita postulates that the whole universe is the self and the distinction between the universe and the self is also blurred in this case. Thus to summarize, both Buddhism and Advaita are pantheistic and individualistic, both recognizes the primacy of the self and the close relation between the subjective and the objective. Yet Advaita defines all pluralities in terms of the self or a monistic philosophy of the self as in essence the whole of the universe whereas Buddhism postulates the self as without identity and probably represented by a plurality of senses, so pluralities are defined in terms of the self in Buddhism, a diametrically opposite philosophical position when compared with Advaita Vedanta.

Considering the arguments that scholars provide on whether Buddhism is theistic, atheistic or non-theistic, compatible explanations could be provided for all these three philosophical positions. Buddhism has been argued as perfectly theistic simply because it is based on the notion of nirvana and dharma and is thus guided by a moral law, and a focus on moral law is the basis of all religions. Morality is about doing what is right and ethical for the sake of spiritual evolution and in so far as Buddhism emphasizes attaining enlightenment and teaching the same to others, Buddhism is theistic as it focuses on the same core of moral and spiritual development that forms the basis of theism or all religious systems. Buddhism is also theistic as it could be described as a sort of pantheism with the blurred distinction of the subject and the object and the subject being represented by pluralities. However the distinct and intentional avoidance of a creator God, perhaps to dodge the God related questions, brings out the more pragmatic and almost political approach of Buddhism. By denying or de-emphasizing the role of God, Buddha has managed to make religion less deterministic and infused a sense of responsibility in the karmic contribution of the individual. The no-God formula definitely makes Buddhism atheistic in a certain way and it is compatible with Buddha’s emphasis on individual striving for enlightenment by following the Four Noble Truths and the Eight Fold path of righteousness. Yet the whole emphasis on righteousness undermines any atheistic undertone that Buddhist philosophy may portray. This is the main reason for which many scholars try to maintain a balance and remain non-committal to either side of the debate suggesting that Buddhism is neither theistic nor atheistic but simply non-theistic. Non-theism is the in-between position between atheism and theism. It does not carry all the negative implications of atheism and yet carries with it the theistic emphasis on moral value. Maybe, non-theism is a more moderate and better word to describe Buddhism yet it is also inadequate as Buddhism does embody not just a part of theism or atheism that non-theism would imply, but Buddhism seems to encompass nearly all or most of theism and atheism. This is the problem in trying to define, categorize or pin down Buddhism, it seems to be both theistic and atheistic at the same time. Of course, in a way, the different schools or divisions of Buddhism adds to this confusion as Mahayana is more theistic and Theravada is atheistic. Yet, it can be said that Buddhism is theistic in its essence and atheistic in its approach, theistic in theory and atheistic in practice and even theistic in its goal and atheistic in its philosophical position.

Buddhism remains completely opposite to Christianity in its de-emphasis of a creator God but its moral basis remains similar and compatible with all religions. Its philosophical denial or avoidance of God issues brings it closest to monistic religions of the east, including the Advaita Vedanta although at the same time places it exactly opposite to such religions as Buddhism is finally about striving to attain perfection ‘for God’ rather than ‘with God’ as in Advaita Vedanta or ‘by God’ as in Islam or Christianity. So, ultimately humans have a goal to attain enlightenment and perfection through nirvana and meditation but we do this for our purpose of reaching Godhood which is essential in Advaita and in Buddhism, yet unlike Advaita, Buddhism does not see God as inherently merged in the self and consciousness10 and representing the entire universe at the same time yet the concept of enlightenment/nirvana in Buddhism as is Moksha/liberation in Advaita, are similar and the self is able to reach perfection and an ideal condition through practice. Scholar David Loy11 however suggested in his book and papers that the difference between Moksha in Advaita and Nirvana in Buddhism is that of perspective as the Buddhist explanation and approach towards Nirvana is more phenomenological and experiential and the Vedantist explanation towards Moksha is objective as Moksha is about detachment, taking a view from outside the illusion of reality. Advaita Vedanta emphasizes on an objective reality and Buddhism adopts a subjective reality.

Thus it can be suggested that Buddhism is a more practice based rather than a theory based religion and although it is in practice atheistic, it is completely theistic in its theory and aim. In fact, the theism-atheism-nontheism perspectives of Buddhism aid in emphasizing the role of the individual making Buddhism a deeply subjective and almost individualistic or psychological religion.

1 In ‘Buddhism and the God Idea’ – by Nyanaponika Thera, in The Vision of the Dhamma (Kandy: Buddhist Publication Society). 1994

4 James’ position has been discussed extensively by David Scott in ‘William James and Buddhism: American Pragmatism and the Orient’ in Religion, Volume 30, Issue 4, October 2000, Pages 333-352

5 This argument is expressed in James, William ‘The Varieties of Religious Experience’. The Gifford Lectures delivered at Edinburgh 1901-1902, 5th edition, 1971, Collins.

6 Theravada and Mahayana are two distinct schools of Buddhism and whereas is more atheistic, Mahayana is theistic, even in practice.

7 Such views have been expressed by many Buddhist scholars including Nyanaponika Thera.

8 Discussed in all books of Buddhism – introductory and advanced texts

10 This again can be controversial as some scholars of Buddhism would suggest that self being the focus of Buddhism, can in a way represent Godhood. Yet avoiding any talk of God per se, the emphasis of Buddhism is on attaining enlightenment rather than self as god.

11 David Loy has discussed this in many works including ‘Enlightenment in Buddhism and Advaita Vedanta: Are Nirvana and Moksha the Same?’ by David Loy. International Philosophical Quarterly, vol.22, no.1 (March 1982), pp.65-74.