Education and Its Discontents

Education and Its Discontents
December 2, 2010

Education and Its Discontents

By Michael Sacasas on December 2, 2010 in Book_Review 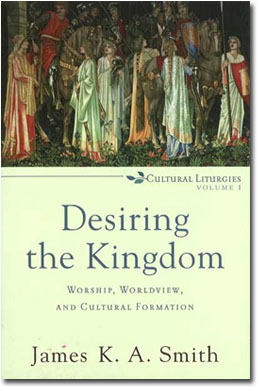 There is a growing sense that education, particularly higher education, is in crisis, and books diagnosing the nature of the crisis and offering prescriptions and remedies have become something of a cottage industry. Recent notable examples include Martha Nussbaum’s Not For Profit: Why Democracy Needs the Humanities, Diane Ravitch’s The Death and Life of the Great American School System: How Testing and Choice Are Undermining Education, and Derek Bok’s Our Underachieving Colleges: A Candid Look at How Much Students Learn and Why They Should Be Learning More. Searching for the cause of the crisis yields a line-up of usual suspects: the rise of a consumer-driven ethos that is inhospitable to academic excellence, the pressures placed upon tenure-seeking faculty, the advent of political correctness, the reigning assumption that everyone must attend college, a dearth of public funding, the decadence of postmodern theory, the death of the humanities, and the over-politicization of the academy—to name but a few. That many, if not all, of these have created real and serious challenges for the academy is plausible enough; that any one of these, or that all of them together, could account for the presumed malaise that has settled over the realm of higher education seems less so.

When, in 1996, Michael Sandel published Democracy and Its Discontents: America in Search of a Public Philosophy, a similar sense of crisis attended American political culture. Sandel took aim at the political philosophy of John Rawls and what Sandel termed the “procedural republic.” The procedural republic had lost confidence in the formative character of politics and instead contented itself with establishing conditions of minimal fairness. It abandoned the notion, central to the Western political tradition, that the state should be in the business of shaping the character of its members according to some particular vision of the good life. In the absence of widespread consensus regarding the teleology of a well-formed human life within modern pluralist societies, it was better (and safer) to remain neutral and minimalist. However, this more modest vision of the political enterprise sapped the political sphere of its moral imperatives and rendered politics a contest of interest groups with no sense of a common good toward which to direct the loyalties and desires of its people. The common good became merely the aggregate of all privately pursued goods.

One could make the case that the academy has traveled a similar path. Like the liberal democratic state, the university, in the face of ascendant pluralism, seems to have lost confidence in its ancient task of not only informing minds, but also forming character. While James K. A. Smith does not explicitly make this comparison, and while he limits the scope of his analysis to Christian colleges and universities, the argument he develops in Desiring the Kingdom: Worship, Worldview, and Cultural Formation suggests a compelling response to the question of what ails the academy as a whole. It does so by addressing itself to the same question Keith Thomas articulated recently in the pages of the Times Literary Supplement: what are universities for? Without a well-defined teleology, the university has lost its center and, like the modern democratic nation state, devolves into a conglomerate of competing interest groups with no unifying vision to direct the energies of the whole.

On paper, Christian institutions of higher education are, on this score at least, better off. They have historically anchored their raison d’�tre in the task of shaping Christian character. However, in Smith’s view, too many of these same schools are failing at this very task. This failure, Smith believes, is due to an inadequate philosophical anthropology because, as he puts it, “Behind every pedagogy is a philosophical anthropology; that is, implicit in every constellation of educational practices there is a set of assumptions about the nature of human persons.”1

The problem with the philosophical anthropology animating most Christian colleges and universities (and it may be safe to say most secular schools as well) is their construal of human beings primarily as “thinking things.” In this view, we are primarily shaped by what we know. The roots of this tendency run deep, touching down to the philosophical foundation of modernity in Descartes and certain varieties of Enlightenment rationalism. However, in the context of the contemporary Christian university, its popularity is owed to the advent of worldview thinking. David Naugle, who has written a comprehensive history of the concept, traces its trajectory from 19th century German academic circles through “various Dutch, Scottish, and American theologians such as Abraham Kuyper and James Orr, and eventually Carl F. H. Henry and Francis Schaeffer” and rightly notes the concept “has had a rather distinguished career in the Church.” 2 The concept proved rich and stimulating and continues to contribute to the intellectual awakening of many evangelicals.

What the worldview approach lacked, however, was a place for the significance of the affective and embodied dimensions of the human person. As fruitful and useful as this concept had been, it tended to reduce the human person to disembodied minds. Against this reductionist account, Smith advances the view that we are primarily embodied, desiring animals. Smith articulates this overtly Augustinian view of the human person in conversation not only with St. Augustine, but also Martin Heidegger, Maurice Merleau-Ponty, Charles Taylor, and Alasdair MacIntyre among others.

The attention Smith pays to our embodied status is timely. While Enlightenment rationalism may be out of fashion, certain strands of posthumanist discourse have for some time now advocated a vision of humanity (or post-humanity) predicated on a transcendence of the human body enabled by advances in science and technology believed to be soon forthcoming. Even if this particular vision of the posthumanist future fails to materialize, the current conditions of technologically advanced societies implicitly suggest the plausibility of disembodied existence. Against this tendency, Smith makes our embodied status the cornerstone of his account of the human person. Following Heidegger, Smith notes that, as embodied beings, our primary mode of intending the world is “care,” and our particular way of being-in-the-world is to feel, rather than think, our way around. This is another way of saying that a good deal of our experience and action is premised upon non-cognitive and pre-reflective dimensions of being. Instead of the more generic “care,” however, Smith follows Augustine in speaking of “love.” “We are,” he summarizes, “primordially and essentially agents of love, which takes the structure of desire or longing.”3

If we are primarily animals that intend the world through love, how is it that our love is aimed or directed? Here Smith leans on recent neurological research into the “new unconscious” to advance an Aristotelian account of habits and practices. He draws heavily on research conducted by Timothy D. Wilson, John A. Bargh, and Tanya L. Chartrand in the automation of certain bodily habits and dispositions which become sources of our implicit understanding of the world operating just below the level of consciousness. This automated knowledge is carried in the body as it were and, in Smith’s view, plays a critical role in directing our desires and shaping our conscious thought. Because we are primarily embodied creatures who feel our way through the world, our loves are conditioned by habits which are inscribed in us by “rituals and practices—often in tandem with aesthetic phenomena like pictures and stories” which, over time, “mold and shape our precognitive disposition to the world by training our desires.” 4 These sorts of practices, whether explicitly religious or not, may be understood as liturgies.

This is a point anticipated by N. Katherine Hayles in How We Became Posthuman (1999). Hayles, who also strives to secure the significance of our embodied status, notes that “the body exists in space and time and … through its interaction with the environment, it defines the parameters within which the cogitating mind can arrive at ‘certainties.’” This insight is echoed in John Donne’s much earlier claim “that the body makes the mind.” 5 Citing Paul Connerton’s How Societies Remember, Hayles also points to the formative power of liturgies (secular or otherwise):

Because these ceremonies are embodied practices, to perform them is always in some sense to accept them, whatever one’s conscious beliefs. “We may suppose the beliefs someone else holds sacred to be merely fantastic,” Connerton wrote, “but it can never be a light matter to demand that their actual expression be violated . . . . To make patriots insult their flag or to force pagans to receive baptism is to violate them.” 6

The longest chapter in Smith’s book is a detailed consideration of the knowledge and dispositions embedded into the Christian liturgy and a call for churches, especially evangelical churches prone to a certain suspicion of liturgies, to rediscover their formative power. In an earlier chapter, he also effectively deploys the liturgical lens to analyze the formative powers of the rituals and habits of the mall and the nation state. This liturgical analysis of consumerism and patriotism helpfully illustrates the visceral appeal of embodied, affective rituals and practices aimed at directing our loves.

Desiring the Kingdom is the first of Smith’s three-part series appropriately titled Cultural Liturgies. It serves as an introduction, and, as such, it leaves the reader wanting a fuller development of arguments and perhaps less repetition of key ideas at times. However, Smith has indicated that the second volume will consist of a more sustained argument for his philosophical anthropology, and the third volume will focus more narrowly on political theology, a discipline in which energetic and provocative scholarly work has been undertaken over the last decade.

In this first volume, Smith has argued one point convincingly: institutions which aim to form character and order the loves of desiring, embodied animals must pay close attention to more than the cognitive dimensions of being human. This is what marketers have understood:

The Victoria in question is, of course, the purveyor of a certain line of woman’s attire. Augustine’s secret, as Smith puts it, is the recognition that we are embodied, desiring animals before we are thinking, rational beings.We aim at life with our hearts, not with our minds—with heart standing for all emotional, affective, visceral and bodily dimensions of the human person.

The question is whether there are any institutions left with an interest in forming character and directing our loves apart from the marketing industry. Smith devotes a final, short chapter to his hope that Christian institutions of higher learning might re-envision themselves as ecclesial schools and awaken to the formative power of embodied practices in order to more effectively shape the character and aim the hearts of their students. The pluralism of our society effectively prohibits larger universities from enacting such robust character forming agendas. But perhaps there is a void to be filled by smaller, niche schools that, while limiting their appeal to smaller and more particular constituencies, nonetheless focus their efforts in a way that once more makes university into the life transforming experience it once was.

2 “Clashing Civilizations, Culture Wars, and the Academy: The Illuminating Role of “Worldview”,” http://www.leaderu.com/philosophy/clashingcivworldview.html.