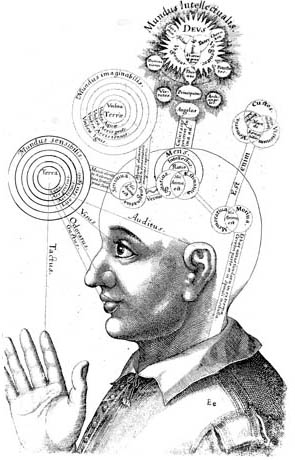 In the UK, from September 2008 the exam syllabus for year/grade 12 students aged 17 is being modified with the introduction of a new unit on Science and Religion under the topic of ‘Challenges to Religious Belief’. This topic also includes a unit on evil and the classical theodicies of Augustine and Irenaeus. Traditionally, I have always left work on theodies until the end of this first year of the course as it requires a knowledge of units covered beforehand on the Judaeo-Christian influences, on Western philosophy (the concept of God as creator and the goodness of God), and the classical arguments for the existence of God (the Ontological argument from Anselm and Descartes with challenges from Gaunilo and Kant, the Cosmological argument from Aquinas and Coppleston with challenges from Hume and Russell, the Teleological argument from Aquinas and Paley, and the challenges from Hume, Mill and Darwin, and the Moral argument from Kant with psychological challenges from Freud). Looking at the demands of this new unit on Science and Religion, I will undoubtedly do the same and will use ‘Science and Religion in Schools; a guide to the issues for Secondary Schools’ produced by the Science and Religion in Schools Project (Trafford Publishing, ISBN 141208424-5, 2006) to support my teaching of this 16-19 year old group. This teacher’s handbook comes with a CD ROM of lesson plans and materials, and I think that Topic 4 ‘Beginnings and Endings’, which explores scientific and religious thinking in the areas of scientific Cosmology, the Anthropic Principle as well as Evolution and Creationism, will provide useful links and additional reading.

Exam questions for this syllabus are broken down into an a) part that tests knowledge and understanding (worth 25 marks) and a b) part that tests evaluation (worth 10 marks), analysing the strengths and weaknesses of different viewpoints or theories. For a) type questions, the unit on Science and Religion requires students to be able to demonstrate a knowledge and understanding of scientific and philosophical views on the creation of the universe, particularly the debate between Creationism and the Big Bang theory, Darwinism and various developments of evolutionary theory, Intelligent Design and Irreducible Complexity, and religious responses posed by scientific views in general.

Under this new topic of ‘Challenges to Religious Belief,’ students will firstly need to know about the debate between Creationism and the Big Bang theory, looking at the Judaeo-Christian perspective. They will need to know about ‘young-earth creationism’ and consider why the belief that the earth is geologically young is not supported by the vast majority of geological scientists. Evolution is taught to science students in year/grade 11 (aged 15) and in their second year of advanced studies (grade 13/aged 18) Biology, so students doing Philosophy of Religion, who will have studied science at age 15, and may be studying biology at the same time as their Religious Studies may already have a knowledge base from which to work when looking at Darwinism and various developments of evolutionary theory, such as those posed by Richard Dawkins. They may also have a basic understanding of evolution and the Big Bang from having done a course which includes Philosophy of Religion in their previous year.

The biggest issue facing most teachers is the lack of transferability of this knowledge in the eyes of the students themselves. The way something may be taught in one subject may be approached very differently in another and how much it is taught can vary as well. Evolution may only be taught very briefly in some science lessons, for example. This mirrors the perceived conflict between science and religion in the eyes of many and in books such as ‘The God Delusion’.

The teacher of Philosophy of Religion will be starting from basics in one respect when introducing Creationism, Intelligent Design or Irreducible Complexity, but will also need to bear in mind what the student may or may not have already been told. Some students themselves might hold Creationist beliefs or believe in the arguments of the Intelligent Design movement, or their parents or carers might. Science teachers are advised by the Department of Education to be respectful of such views and work alongside their colleagues in addressing any issues that might arise from discussions with the students. The approach taken by a Religious Studies teacher may be that students should first know what the views of the student are and then analyse the strengths and weaknesses of their arguments in an objective way showing awareness of a variety of views, only allowing personal reflection to be on the basis of this critical approach. Whilst this should be done in an atmosphere of respect, this is the least that will be expected of them by the exam.

The Department for Children, Schools and Families (DCSF)1 in its guidance on the place of Creationism and Intelligent Design in science lessons2, suggests that science teachers do not assert or imply that science contradicts traditional beliefs in creation and design. If questions arise in science lessons, or resources used mention Creationism, then it should be seen as an opportunity to explain why it is not a scientific theory and instead refer to the scientific consensus surrounding the theories of evolution and the Big Bang. Creationism and Intelligent Design are not accepted by the scientific community, it says, which is why they are not part of the National Curriculum for Science nor part of the examination criteria for 16 to 19 year olds.

Advice given by DCSF to science teachers is that students need to consider how scientific theories are meant to pose ‘consistent, comprehensive, coherent and extensively evidenced explanations of aspects of the natural world which can in principle be tested by observation or experiment’, for example kinetic theory of gases, continental drift and plate tectonics, biological evolution and quantum theory. It urges that attention needs to be drawn to the word ‘theory’, so that it is not seen as a ‘hunch’ but rather something for which there is a supporting body of evidence, underpinned by principles and explanations accepted by the whole scientific community. Scientific knowledge, it says, can be seen as provisional and capable of being overturned by new evidence once that has been validated and in turn accepted by the scientific community.

Such considerations may be equally useful for the Religious Studies teacher but for wholly different reasons. Scientific methodology may be compared with the metaphysical explanations of religion which can look for evidence in entirely different ways or else compared with philosophical explanations such as the anthropic principle or aesthetic argument of Tennant, already covered in the Teleological argument for the existence of God. This is the ‘juggling act’ that the Religious Studies teacher has to perform. As science teachers are instructed to make clear that the world theory may have a different everyday and scientific etymology, so Religious Studies teachers should make clear that truth means different things. We need to bear in mind the range of sensibilities already mentioned for along with knowledge and understanding, students are also expected to be able to evaluate and discuss critically the strengths and weaknesses of scientific and philosophical arguments on the issues mentioned. This is what comprises the b) part of exam questions which encourages students to adopt an enquiring, critical and reflective approach to their study of religion. Whether teachers in the Science department will even be aware of the changes afoot in the new syllabus is an interesting question. Perhaps a more cross-curricular approach will be necessary for students to access the broader curriculum that is 14-19 education and this may be an opportunity for teachers of science and Religious Studies what they teach. Whatever the outcome, it is clear that the Science and Religion unit will provide an interesting set of challenges for both those teaching it and those to whom it is taught.

The exam for grade 13 (for 18 year olds) has been a two-tier exam for a number of years now. The first year provides them with the tools to move from the more general work from their fifth year of secondary education into the more intellectually demanding work that will come, and preparing gradually to the more advanced open-ended essay style approach in the second year when they are expected to develop the higher level analytical skills which will equip them potentially for the initial year of undergraduate studies. It is in the second year of their advanced studies that students are expected to read more advanced sources, particularly excerpts from the writings of key philosophers. Links with universities would therefore be more appropriate at tutorial level for this level, especially when tackling more complex philosophical ideas. Video conferencing, university open days, tutors offering to come in to schools could all help to generate this change of approach, although in my own experience, even early on in their first year of studies such exchanges are enormously beneficial as they create a new ethos of learning.)