Humans Plus or Minus: An Introduction

Humans Plus or Minus: An Introduction
September 7, 2012

Humans Plus or Minus: An Introduction

By Gregory Hansell on September 7, 2012 in Essay, Transhumanism and Its Critics

“Transhumanism,” writes Nick Bostrom in this volume “is… an outgrowth of secular humanism and the Enlightenment. It holds that current human nature is improvable through the use of applied science and other rational methods, which may make it possible to increase human health-span, extend our intellectual and physical capacities, and give us increased control over our own mental states and moods.” The applied sciences involved include dramatic advancements in the neurosciences, genomics, robotics, nanotechnology, computers, and artificial intelligence. In some combination of the above bioengineering, transhumanists imagine the possibilities in the near future of dramatically enhancing human mental and physical capacities, slowing and reversing the aging process, and controlling our emotional and mental states. The imagined future is a new age in which people will be freed from mental disease and physical decrepitude, able to consciously choose their “natures” and those of their children. At first glance, it all seems like a wonderful thing, life lived more abundantly, but Francis Fukuyama calls this transhumanist vision “the most dangerous idea in the world.”1

Humans Plus or Minus (H±)explores this debate with sixteen essays for and against the bioengineering of an improved humanity. This book began as a special edition of Metanexus in June 2008. Hava Tirosh-Samuelson, an Academic Board Member of the Metanexus Institute and professor of history at Arizona State University, edited this special issue, which was uniformly critical of the transhumanist movement. Tirosh-Samuelson was also running a three-year project at ASU funded through Metanexus on transhumanism.

The first set of essays went viral and provoked quite a reaction from a number of transhumanists, who thought they had been misrepresented. This resulted in a second special issue of the Spiral guest-edited by Natasha Vita-More. In the February 2009 online journal, advocates of transhumanism presented their case, often with specific rebuttals to the earlier commentators.

In assembling this collection of essays for publication in this volume, we begin with a historical overview of transhumanism written by Hava Tirosh-Samuelson. We then give the advocates of transhumanism an opportunity to make their case and then follow this with several paired essays that were written as point-counterpoint. We then end with several essays that are critical of transhumanism. In so doing, we are partly reversing the order of the original online publications, which began with criticisms of transhumanism and then a rebuttal by advocates. Only in the point-counterpoint section is this original chronology maintained. Readers will notice references to other protagonists for and against transhumanism spread throughout this volume. That being said, we think this structure provides a more coherent exploration of human enhancement proponents and their critics.

In this special Metanexus feature, we will publish chapters from the book, but also additional essays and comments from others relevant to the question of transhumanism.  Of course, you can also purchase the book/e-book. 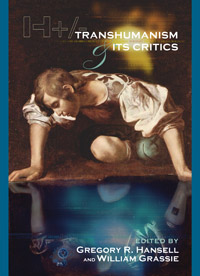 The debate about transhumanism is an extremely fruitful field for philosophical and theological inquiry. The last hundred years of human evolution have seen remarkable scientific and technological transformations. If the pace of change continues and indeed accelerates in the twenty-first century, then in short order we will be a much-transformed species on a much-transformed planet. The idea of some fixed human nature, a human essence from which we derive notions of humane dignities and essential human rights, no longer applies in this brave new world of free market, technoscientific evolution. On what basis then do we make moral judgments and pursue pragmatic ends. Should we try to limit the development of certain sciences and technologies? How would we do so? Is it even possible? Are either traditional religious or Enlightenment values adequate at a speciation horizon between humans and posthumans when nature is just not what it used to be anymore? Is the ideology of transhumanism dangerous independent of the technology? Is the ideology of the bioconservatives, those who oppose transhumanism, also dangerous and how? Are the new sciences and technologies celebrated by transhumanists realistic or just another form of wishful thinking? And which utopic and dystopic visions have the power to illuminate and motivate the future?

The collection of essays in this book present a valuable introduction to these issues and more, but offer no final resolution. You will discover much worthy of debate that will transform how you think about the world and yourself. Special thanks to Hava Tirosh-Samuelson and Natasha Vita-More for editing the two special issues of the Metanexus online journal from which this collection is largely derived. Thanks also to Erica Vinskie and Elizabeth Kenny for their labors on the original publications and in assembling this volume for publication. It goes without saying that we thank each of the contributors to this volume for sharing the best of their ideas and words. In the end, we hope that this dialogue will help us to craft together a healthier and safer world for our descendants, human or otherwise, and that in the process we might also humanize the transhumanists and transform the humanists in each of you.